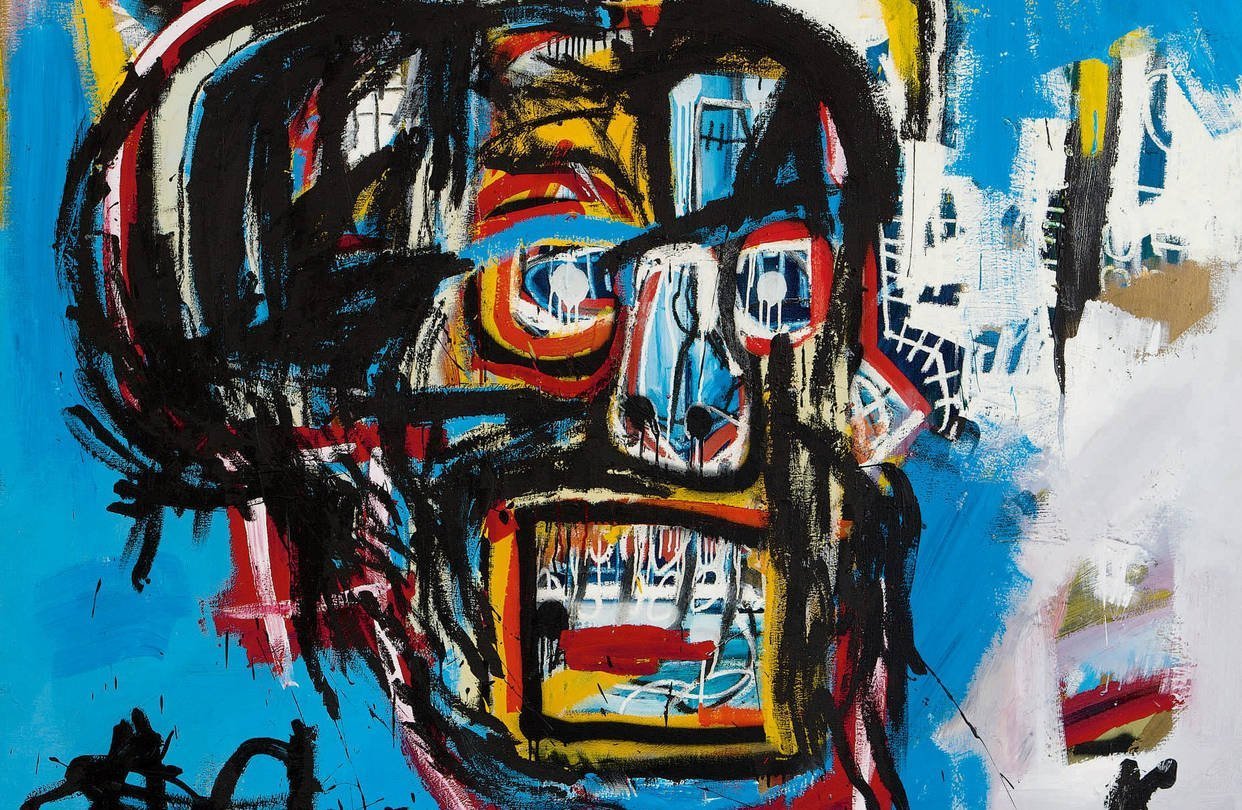 Almost a year ago I posted about the successful Christies’ auction of Basquiat’s Untitled, from 1982.  A world auction record for Basquiat at $57.3 million U.S. was set and now it seems their rival house, Sotheby’s, is bringing to auction another Basquiat blockbuster.  Sotheby’s piece, also from 1982 with the same moniker, is the leading lot in the upcoming Contemporary Art Evening Auction on May 19th in New York. Measuring 72 x 68 inches and featuring many of Basquiat’s iconic motifs, this is apparently one of the most important paintings by the artist still in private hands and has not seen the market since 1984, when it sold for $19,000.00.  Basquiat was a young, virtually unknown artist at that time. The piece was never loaned for public exhibition and has been virtually unseen since that day, aside from the thumbnail picture in the artist’s catalogue raisonne. Today it is sitting with an estimate in excess of $60 million which could potentially break Basquiat’s auction record set this time last year.

*Just a quick update to this post….this piece actually hammered down, May 17, 2017 at a shocking $110.5 million and is now one of the most expensive paintings ever sold and is the most expensive work by an American artist….ever.  It surpassed Basquiat’s friend and mentor Andy Warhol’s Silver Car Crash, Double Disaster which sold for $105.4 million! The lucky “winner” is the same Japanese shopping mall billionaire, Yusaku Maezawa, whose purchase at Christies of Basquiat’s Untitled, 1982 broke the artist’s sale record last year (details can be found above in an earlier post).  According to the New York Times, Mr. Maezawa told Sotheby’s that he acquired this painting for a museum he is building in his hometown, Chiba, Japan, but his intention before then is to loan it out to institutions and exhibitions globally, as it has been in a private collection and has not been seen by the public for more than 30 years.  On his instagram account Maezawa posted his success and stated “When I first encountered this painting, I was struck with so much excitement and gratitude for my love of art. I want to share that experience with as many people as possible.”